Sumo tournaments only happen six times a year (only four times in Tokyo), and can be difficult to go watch them wrestle live. But you can see sumo wrestlers train only a few feet away every morning in their sumo stable.

The one I visited was the Hakkaku-beya sumo stable in Sumida, a few minutes from Ryogoku station. (Map embedded at bottom). 3000 yen was required for the honorarium, which I handed over to the receptionist.

Sumo practice started at 8 a.m, and I arrived around 15 minutes earlier. At that point, there was no visitors yet in the stable, so I waked to the end of the room as instructed by the sumo wrestlers. We took the very last cushions. As time went on, more and more visitors came in. All foreign visitors were accompanied by a Japanese-speaking guide. 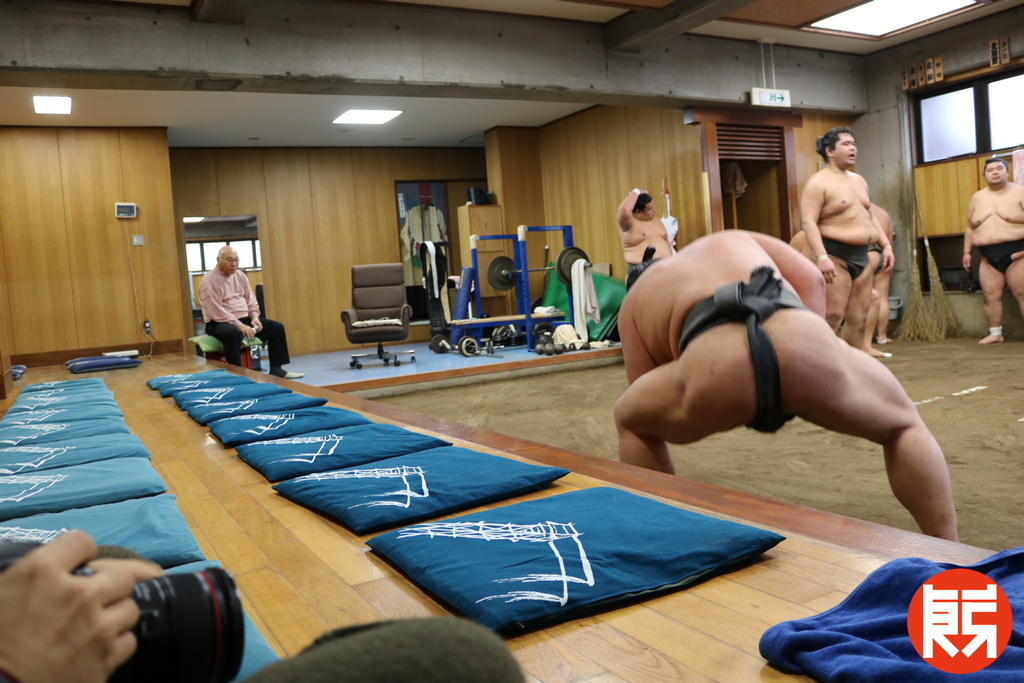 Above: The visitor’s seating area.

There are several strict rules that you have to follow in the sumo stable. Sumo wrestling began in the ancient times as an offering to the gods, and to this day still holds a sacred position. You must show respect to the wrestlers and stable masters.

There was a foreign visitor that was viewing the practice, and he stood up during the session I assume to stretch his legs. The sumo wrestlers immediately warned him that he is not allowed to do that. Many were freely taking photos both on their phone and DSLR. There were occasional whispers.

The practice went on for around two hours. They closed with a stretching exercise. Session length depends by day and by stable, so expect anything between an hour to two hours. 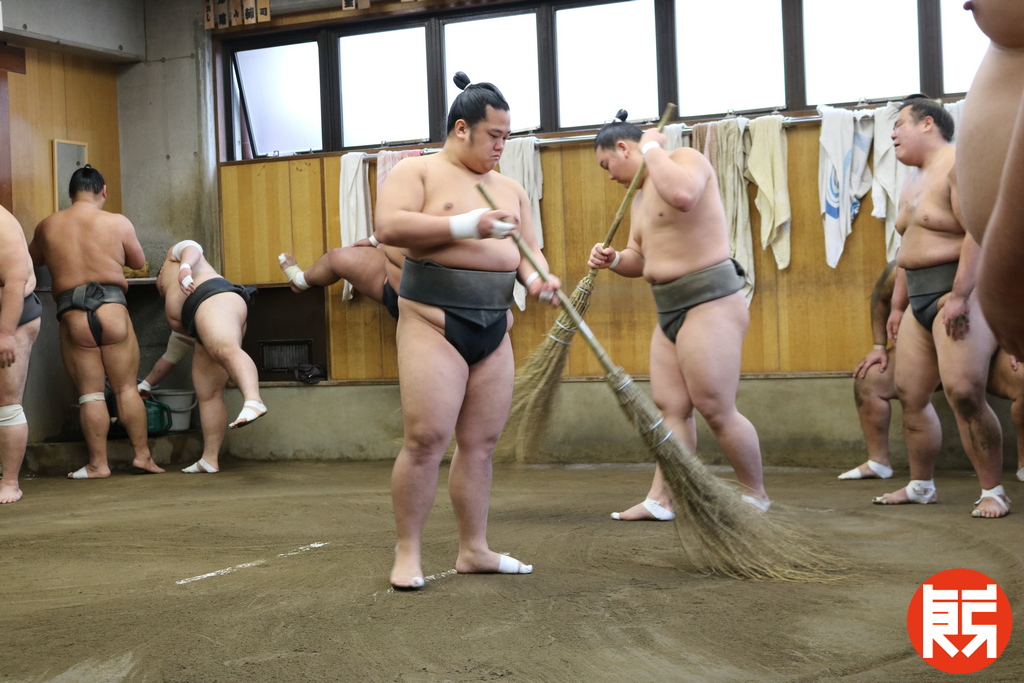 Sweeping between practice to even out the ground. 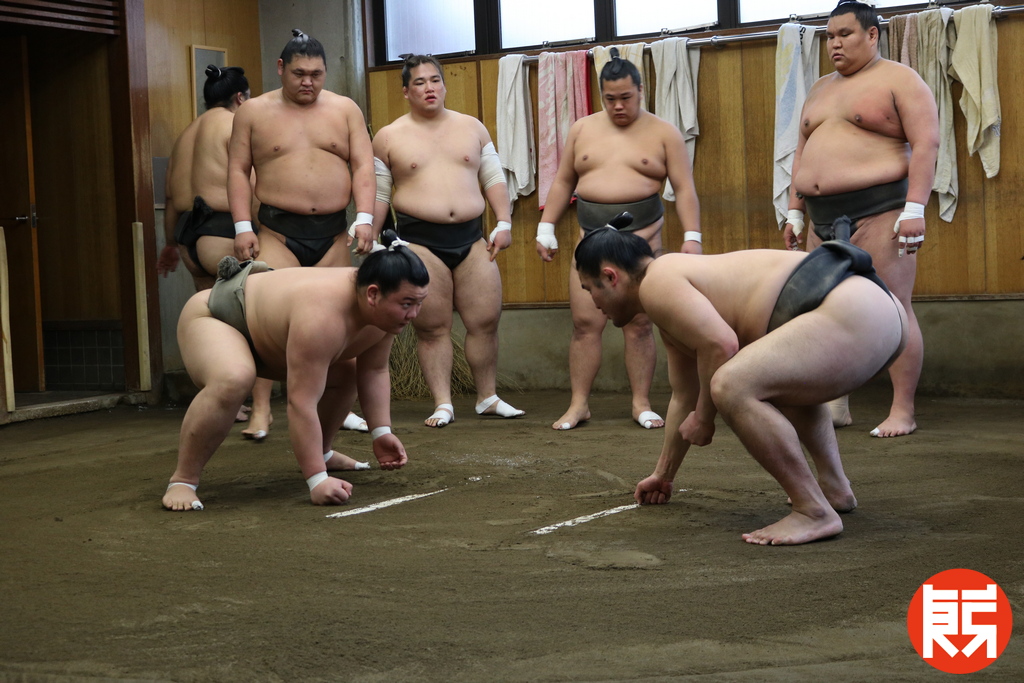 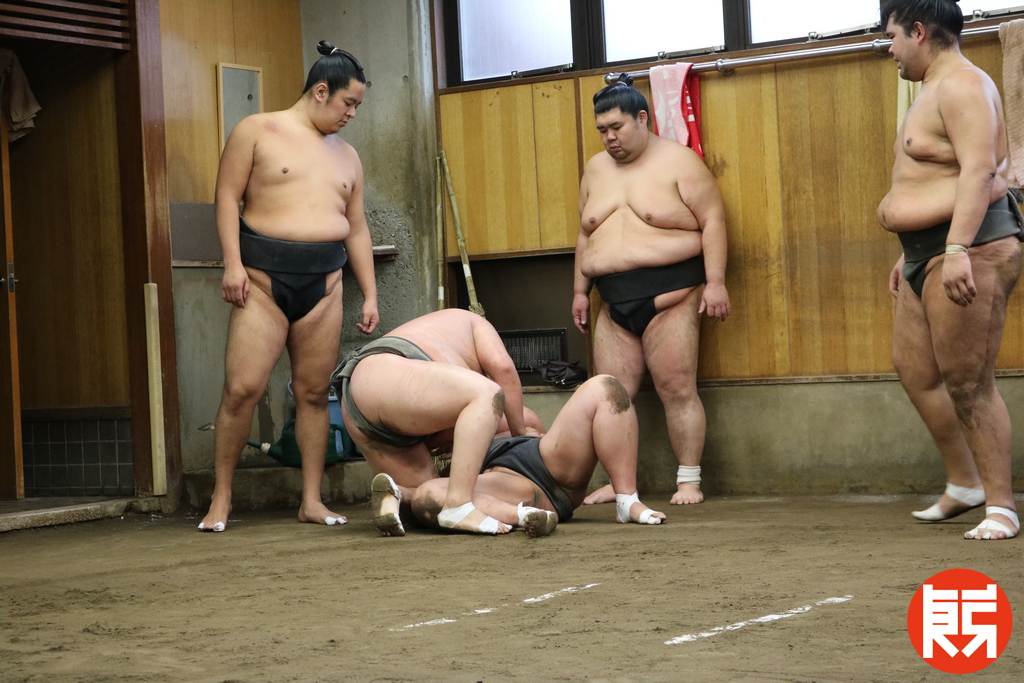 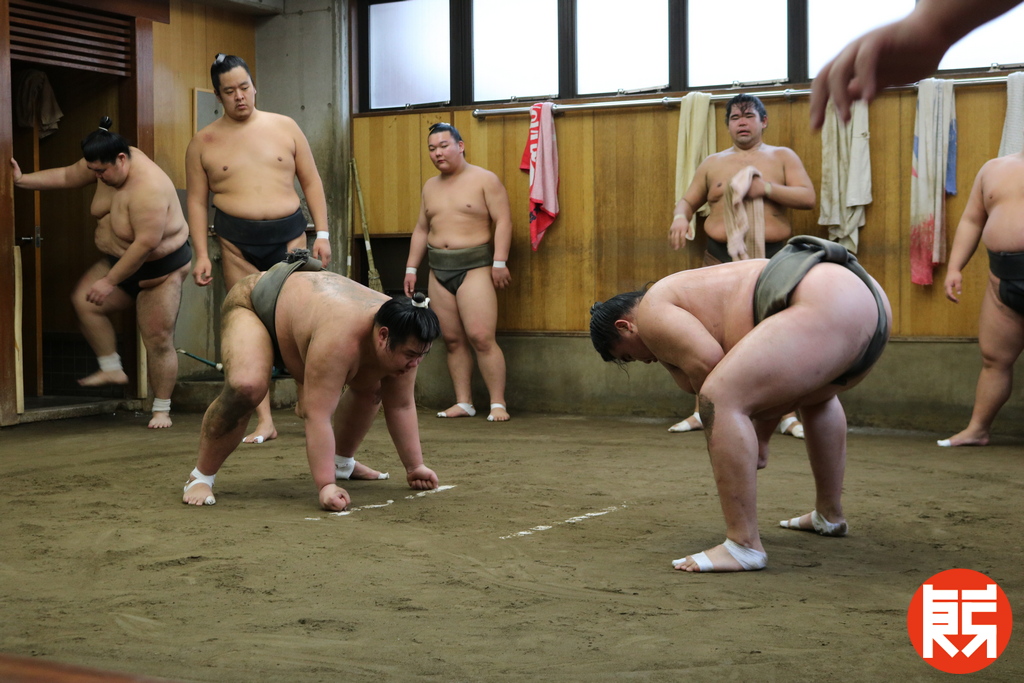 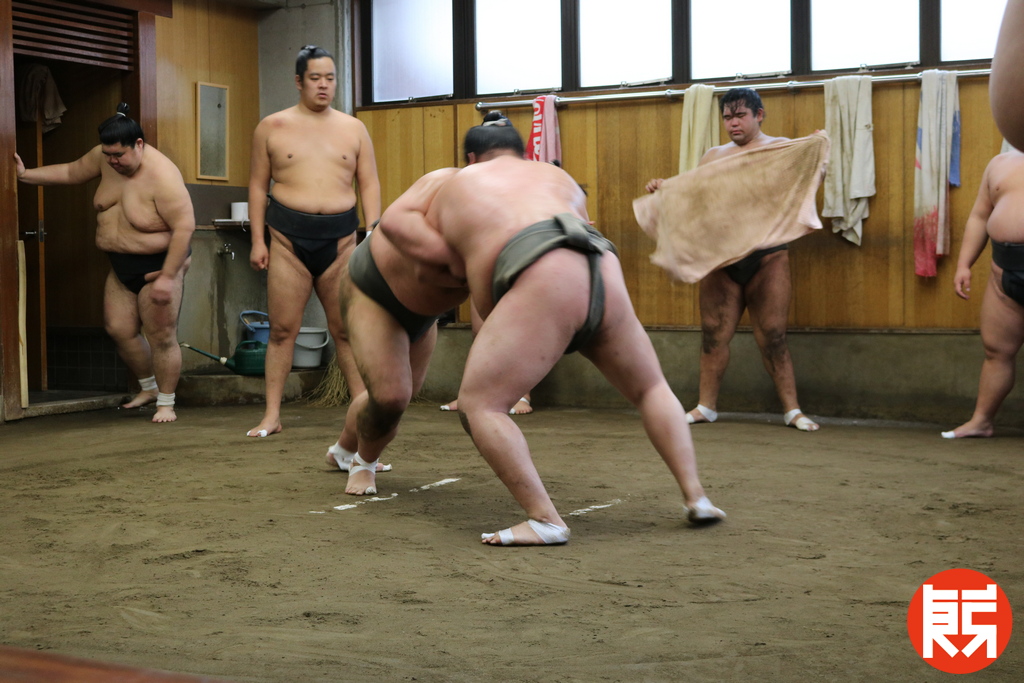 Seeing sumo wrestlers train until they almost cannot get up anymore was an intense and powerful experience that I would never forget. You can really feel their power up close. It is a one of a kind experience that you can only experience in Japan.

After the practice session ended, we could go outside and meet the sumo wrestlers, and take photos with them. 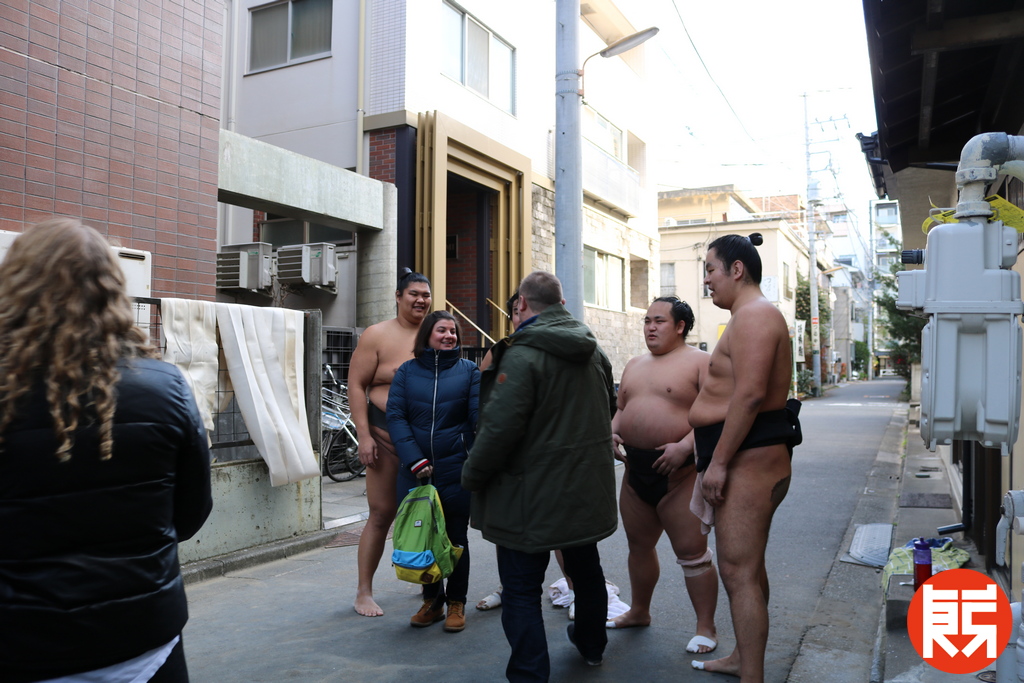