Aoi Festival (Hollyhock Festival) is one of the three major festivals in Kyoto. It is known as the most graceful and most elegant festival in classic fashion style. As it started about 1400 years ago with three intervals, people in the parade dress in the 8th century imperial and aristocrat wears.  Like other festivals, this festival is dedicated to Shimogamo and Kamigamo Shrines.

The parade are formed by four groups
(1) Kebiishi officers  of old police and court administrations, etc 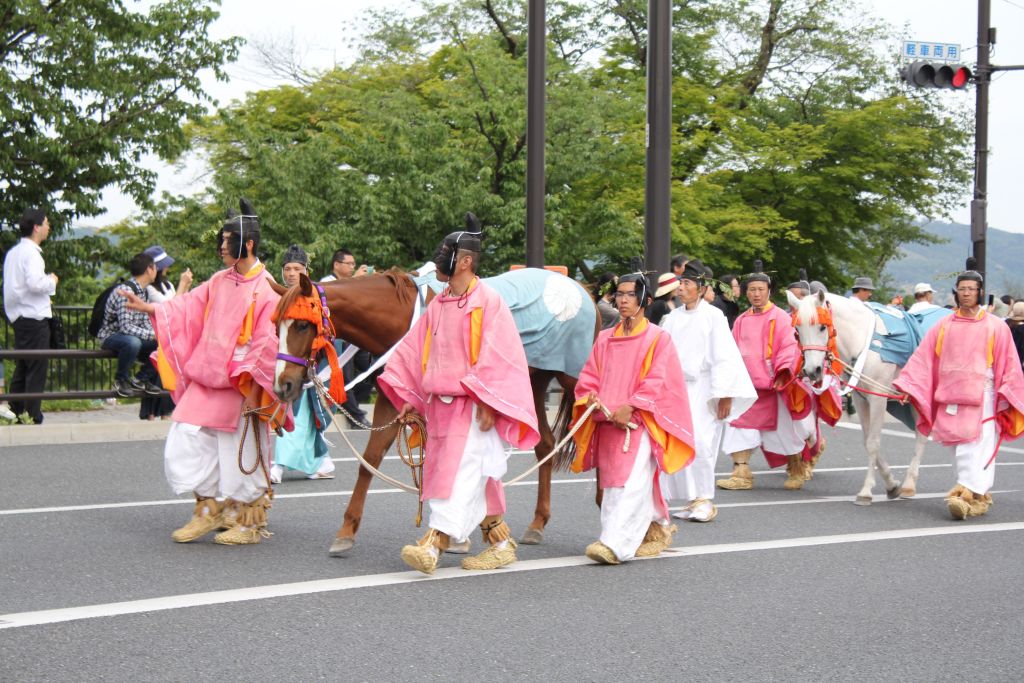 (3) Warriors who offer their dances in front of the shrine, etc 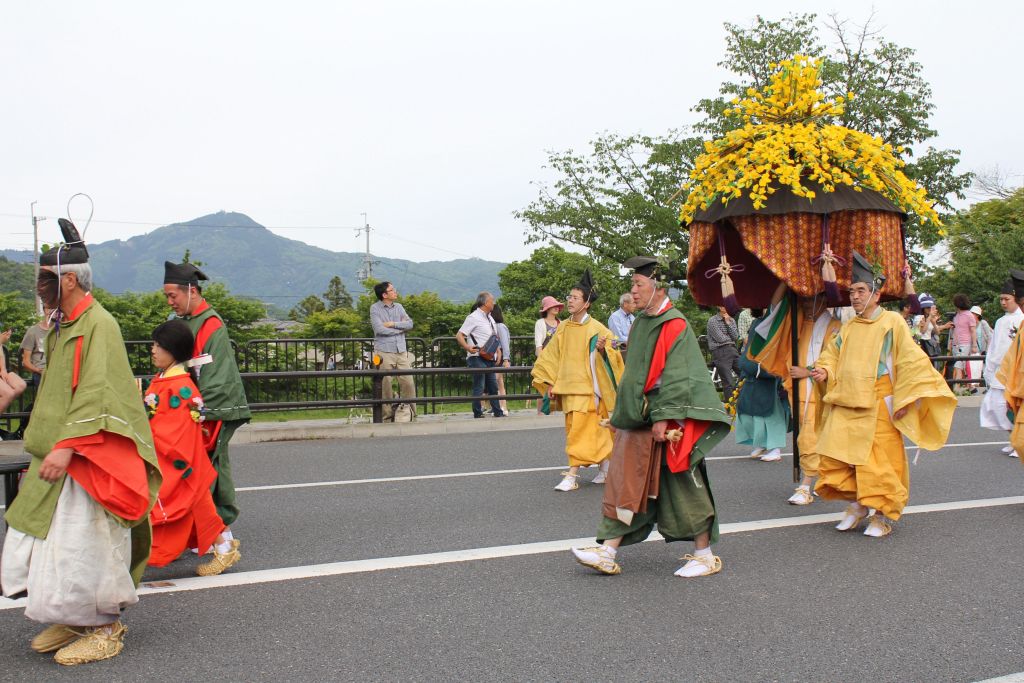 (4) Warriors carry the ancient music instruments to play for the deity, etc. 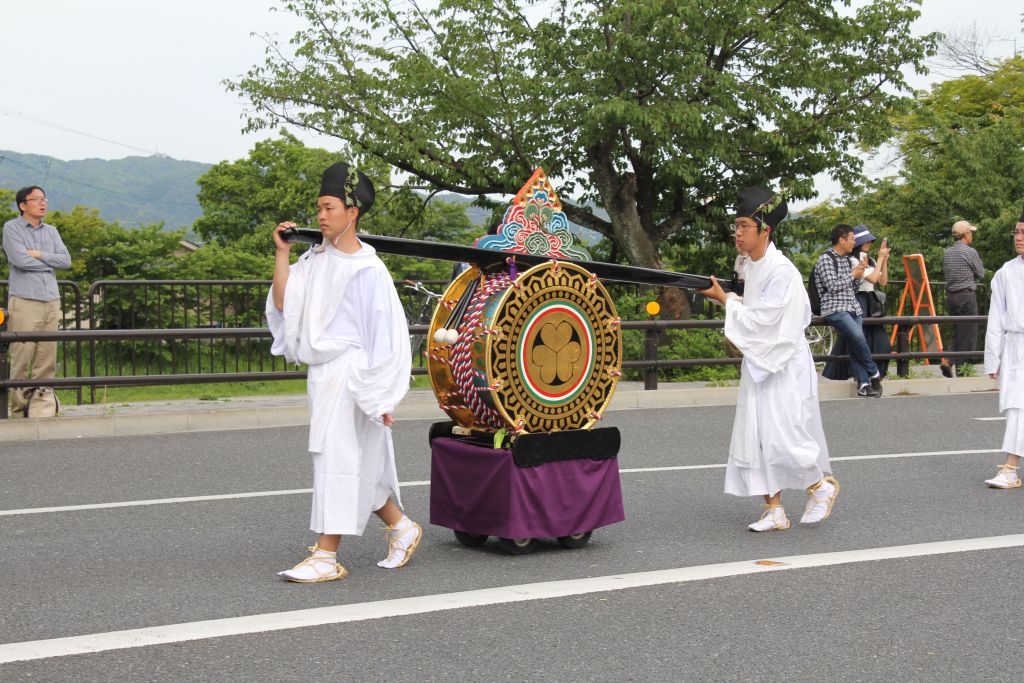 (5) A lady colled Saio-Dai representing a daughter of emperor is seated in a palanquin, etc 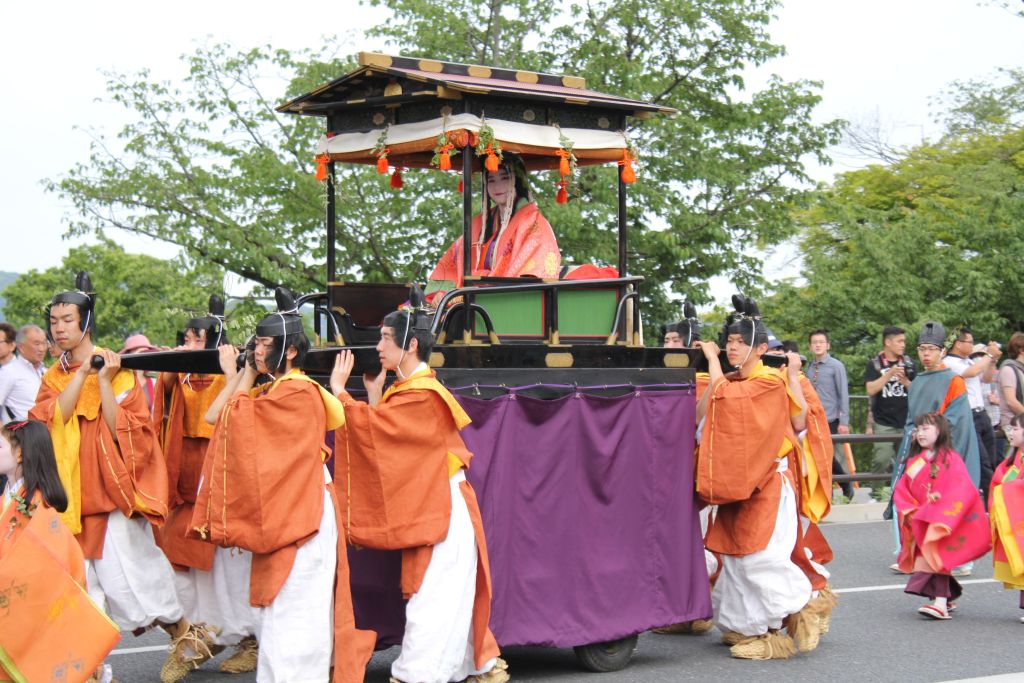 Parade route for this year and other details are here.

Also the seat reservation in Kyoto Imperial Palace and Shimogamo Shrines are available. If you wish to have a seat with English guidance, only 3,500 yen per seat. They usually  start selling in the beginning of April.